Home Hardware A look at the ESPDUINO-32 board

In this article we look at an ESP32 based board which goes by the name of ESPDUINO-32, it is also supposedly made by www.doit.am. I have seen a few clones of this board but this is what I bought

Here is the blurb I have seen on the internet

Overview
ESPDUINO-32 development board base on ESP-32 WiFi module, it can lead to all ESP32 module pins.
With WiFi, Bluetooth 4.2, Ethernet, real-time map and other functions, ESPduino-32 is compatible with all version of Arduino expansion boards.

For the board above I selected ESP32 Dev Module and the board was on COM 4, settings below

The standard blink sketch does not work, the BUILTIN_LED is not recognised. A clue to what you use is written down the side of the board beside the connector

You’ll see pins labelled IO18, IO19 and IO23. So a quick change to the standard blink sketch – connecting an LED to IO 18 would be

I have seen a schematic but I do not think its this board, it looks to me like an ESP32 dev board similar to the nodemcu (ESP8266) ones that can be bought. The board is definitely usable but the claim that its compatible with arduino expansion shields is dubious. Why, well if you at the example above the LED is connected to what would be D13 on an Arduino but if you change to either D13 or 13 in the code, the example will not work.

One of the other ESP32 boards may work differently the pins_arduino.h shows how the pins are defined, for example an Arduino

but this is in an LCD4884 library which would have to be changed based on the corresponding ESP32 pins, so just be wary of plugging in any shield and expecting it to work

ESP32 with OLED board 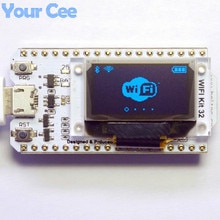 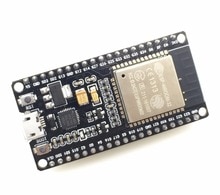 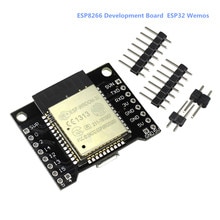