In this example we will install Micropython on an ESP32, the module that I have used was marked up as Geekworm easy Kit ESP32-C1, its a fairly generic ESP32 module

The micropython source code is available from Github, there is a pre-built binary which you can download on MicroPython website. otherwise you will have to build it from source yourself

Now some assumptions, I am running this on Windows 10 and I have Python 2.7 already installed, I also have installled the python package manager PIP which is used to download the esptool for programming.

You need to install the esptool, from Espressif. This is a Python tool that allow us to flash firmware into the ESP32. If you have Python installed via PIP, you can open a command prompt and type the following, it will churn away for a little while.

My board was connected to COM8, first of all I navigated to the C:\Python27\Scripts folder and opened a command prompt, I then erased the esp32

I copied the bin file to the location C:\Python27\Scripts folder and then ran the following

I just find this easier than putting in some big long, convoluted path to the bin file on another drive

A quick and easy test is using a tool such as putty or TeraTerm, connect to the com port of your board and press the reset button on the board. Now you can see this in the image below, you may wonder what is the point of this but as you can clearly see we are able to communicate with our device or module and the python command prompt is displayed

Now taking that a little further, type in

print(“Hello World”) and press enter, you should see this

We will have more examples in the future as we explore this further but that is Micropython on an ESP32.

Espruino on an ESP32

ESP32 at instruction set and examples 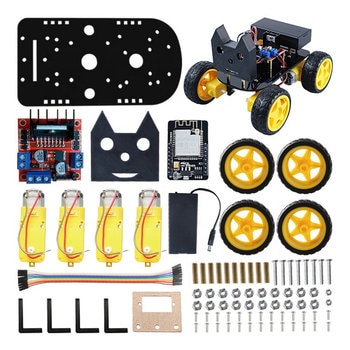 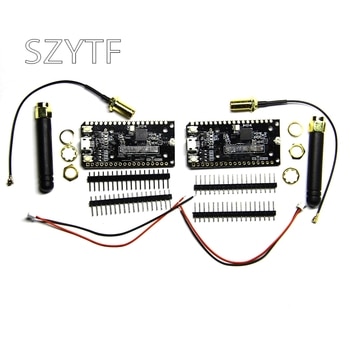